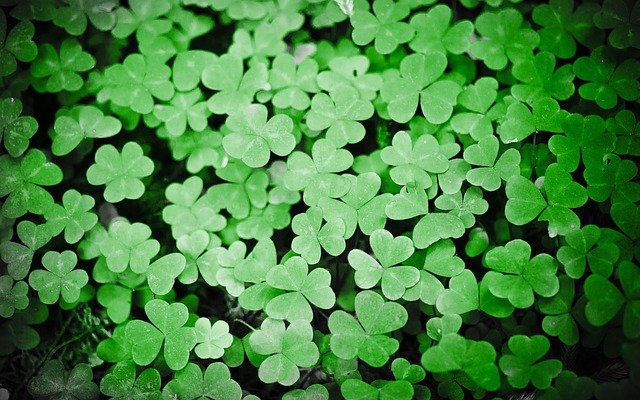 The pieces I’m showcasing today all have their roots in the Irish diaspora, the word used to describe the dispersion or spread of any people from their original homeland. The first piece is a poem by London Irish poet Lorna O’Connell, who is also a member of Forest Poets. It captures the emotions of migrants leaving Ireland to travel to far-off places. Many of the victims of the Famine in Ireland went off across the sea, their relatives seeing them off on ships, never to see them again. 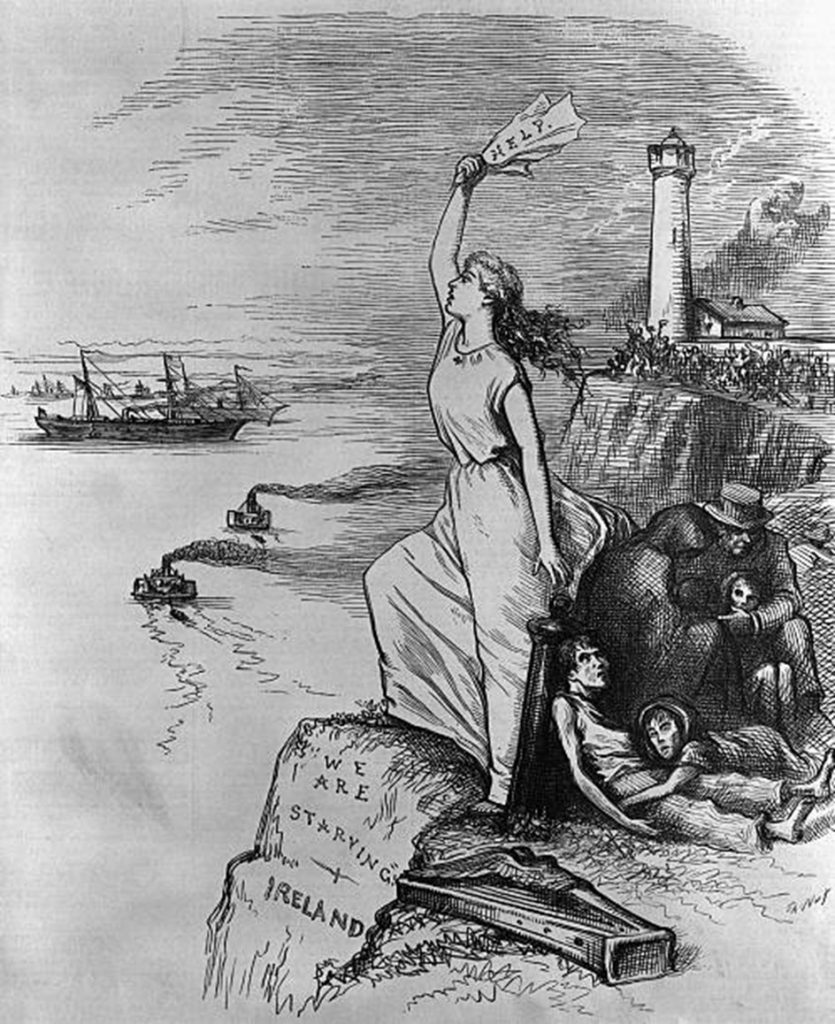 Wrap your shawl round you
The scent of bread lingering
Will be a comfort in the lean days.

Wear the red petticoat
Flannel to keep the blood warm
Will be a blanket on the cold deck.

Put boots on your bare feet
Blow a prayer for me over the prow
Sew these pennies in your hem.

Take my brooch. Pin it so
On your breast. The baby’s head
Will hide it from the customs man.

Kiss your father. Don’t be scared of the waves.
There are angels out at sea they say
To mind the traveller. 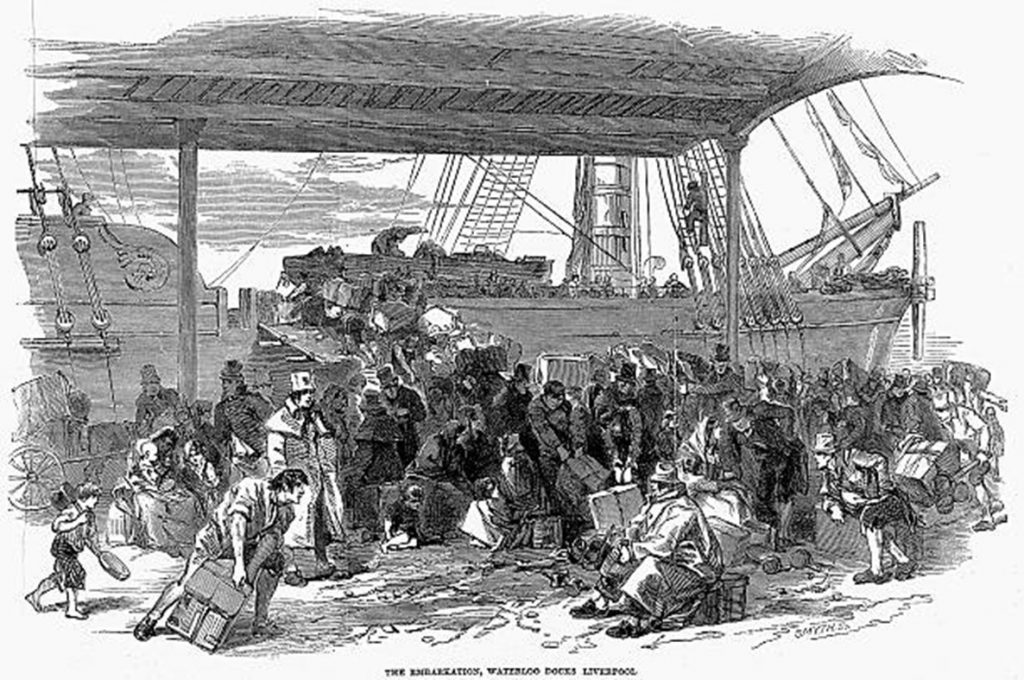 H.B. O’Neill, one of our Pen to Print writers, has written this short story set in Ireland. Its poetic quality sweeps us along.

Work hard all your life and then retire. Be happy. Finally. Do what you’ve always wanted to do. Buy a boat. Live on a boat. Escape the life you never escaped from. Mum dead. Dad dead. Wife dead. No kids. No one to judge. No one to offer advice that is, in truth, opinion. Narrow opinion.

Buy a boat. Buy a narrowboat. Irony our one faithful friend? Laugh. Ha. No. Don’t. Don’t fake it. Don’t revert to the safety of cynicism. Not any more. Don’t allow it. Don’t sully the dream. Sell the farm. Buy a boat. Sail away. Or stay in the Bay. But have the option. Allow the possibility. Buy a boat.

The north-west of Ireland is rich only in folklore. The land is rocky, barren, boggy. The mountain folk tough but historically impoverished. Sell the farm and buy a small boat. But sell the farm.

He did. Jason did. Jason Midwinter Reilly. He sold the farm at the age of 73 and he bought a boat. The locals laughed. They mocked him gently at the bar and savagely when he left. When he escaped. He knew they would. He knew the rules. He wasn’t living in Dublin. Or even Cavan town. He’d done what none would do. He’d bought a boat in Bantry Bay. He’d traded tradition in favour of the unknown.

Jason knew nothing of boats. He wouldn’t sail until he was ready. He lived aboard a boat that stayed moored. September. October. November. Sea air and bracing walks. Cigarettes and seagulls. Ma Murphy’s for occasional libation. A quiet pint in a quiet corner. Contemplation under the shadow of Wolfe Tone’s statue. Reflection on rebellion. Jason missed his horses but it had been fairest to release them too. On Tuesdays he bought sausage rolls from the Box Of Frogs bakery.

The storm came on a Thursday. Market day back in Leitrim. The boat was moored in a very summerly fashion. Jason Midwinter Reilly took his first voyage at three am on Friday. The wreckage was found six weeks later. Jason had not been reported missing.

News eventually spread and glasses were raised back home. They were pints of two halves. Jars of salute. Jars of satisfaction.

The next poems are from another of our Pen to Print writers, Mary Walsh. Mary’s Irish family had a great influence on her childhood and growing up in east London. Her father came from an Irish speaking area in the county of Waterford. She has shared some of her poems with us; the first is about that area and, I suspect, a childhood holiday.

Out of the ferry’s yawning mouth
Driving through the day
The scent at once of peat and open fires
Green assaults the eye, a change from grey.
In the west the orange glow dies down as
We wind our way along its path
To paradise
With air salt fresh and
Sea lapping gently at the quay
Boats resting, creak
After fishing in the bay

Waking in the brightening morning
Marvel at the cool clear waves
We fill our lungs with purer air and rid ourselves of
Smoggy stress of urban wear
Gaze at misty brown and purple peaks
Will we revive our stressed out souls
With a mere two weeks?

The next two speak for themselves. The Migrant’s Tale has a universal quality which will appeal to anyone who’s left their homeland and Dad is just that: her dad.

He came in search of better life
Across the sea with rolling waves
He found the city life so strange
Missed his mother’s loving ways
He came in search of any work
To this unfriendly land
“We don’t want Irish workers.” they said
As he travelled across the land
He worked on railways and on roads
To earn his crust of bread
He found a house, he found a wife
To warm him in his bed
No more a stranger in this land
His children followed on
As years rolled by he settled in
The emptiness was gone
Returning to his native land
When age had taken hold
He wished he’d never had to leave
The place he knew as home

Last night I dreamt of Dad
The scent of tweed jacket
White of hair
Crinkle of twinkled eyes
Laughing together
We talked
I woke, eyes wet with tears
Sad for the reality of time.

Iain O’Higgins, a musician and poet, left his home in Ireland many years ago and now lives in California. The first of the two poems I’m sharing is about the legend of Daedalus and Icarus and the excitement of their flight, which is also the excitement of freedom. The title of the second poem, My Right Foot might remind you of the book written by Christie Brown, My Left Foot. He was an Irish writer and painter with cerebral palsy who was only able to write or type with the toes of one foot. lain and Christie both came from Dublin.

Aphrodite I come
to lie in your arms

‘Twas but a pair of tens alas

That lowly pair does inspire indeed
Those acts of times before
Heroic and valiant my dreams
To that distant shore they carry
I can hear them in my ears
They whisper
But my foot
it was wanting
Picasso forlorn
No glory
no story would follow.

Patsy Middleton is another of our Pen to Print writers who never forgets her Irish roots. Here’s a poem from her.

The beach is deserted,
The sun paints the distant horizon
with pale primrose light.

He walks with measured steps
a metal detector, extension of his mind,
gently sweeps over the sand.

Large earphones on his head,
he listens to varying whining pitches
hoping for a particular note.

He finds the odd lost coin
But mostly bottle tops
and other tosh.

Sometimes he scours fields
under a hard-blue sky
hoping for another Sutton Hoo.

He found a wedding ring once.
He put it on the kitchen windows sill
in his lonely little flat.

I’d like to finish with some drama: ‘Green Curtain Theatre’ is a theatre group expressing the voices of the Irish diaspora. Some of their projects involve collecting and recording monologues, reflecting stories and experiences. You can find these projects on the ‘Green Curtain Theatre’ web page: https://greencurtaintheatre.co.uk/short-pieces-wanted

The link below will take you directly to a winning story, set around emigration, titled Leaving.  Just Coming Home, written by Rosanna McGlone, is performed by Justin McKenna:

It’s been a delight to  share these pieces with you. I’ve been lucky to find a real variety of voices and an interesting response to the experiences and events that have shaped our lives, wherever we come from. In this case, with an Irish eye and an Irish voice.