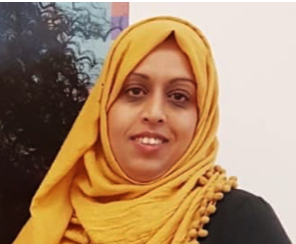 Hi, it’s Farzana, your host, bringing you the first Thursday Connectors of the year. Hooray and Happy New Year everybody, although the greeting may seem to be a few weeks too late, as February is fast approaching!

I’m taking a really laid-back approach to life this year. You can’t blame me for this. Those of you who have followed my page for the last two years, know how hectic my life has been, both physically and mentally. And yep, this year, I’ve got priorities set. It’s going to be all about me. ‘The Year Of The Mum.’ I’m hoping. And it’s not wishful thinking, either. I’m determined. I’m going to persevere!

I’ve lost  two kgs and I’ve found the charger to my keep-fit watch. I’ve changed my hairstyle, got my teeth done and bought new clothes. I’ve also bought a lovely new laptop to do my writing on. I’ve started a new part-time job. I’ve seriously started editing my novel! I’ve started a research project. And I’ve begun my search for a new agent, after things didn’t go as planned with my previous one.

So, I’m a happy lady. In my religion, when we are content, we add the word ‘MashAllah’, in praise of Allah for the blessings. I must add it here. Because, as content as I am, my experiences of the years gone by will eventually find ways of creeping up on me! Despite my current happy state, I know my mind will start playing games with me soon, trying to take me back to my insecurities.

So, you know, a new year, a new start, popping up every time it does, certainly has some mystic powers and healing properties. A bit of magic. A bit of awe. A bit of an escape…

Today, my Connectors are all about the wonders of the mind and I’d like to start with this thought-provoking and powerful image by Shahema Tafader.
Instagram: @shahematafader W: tafader-art.co.uk 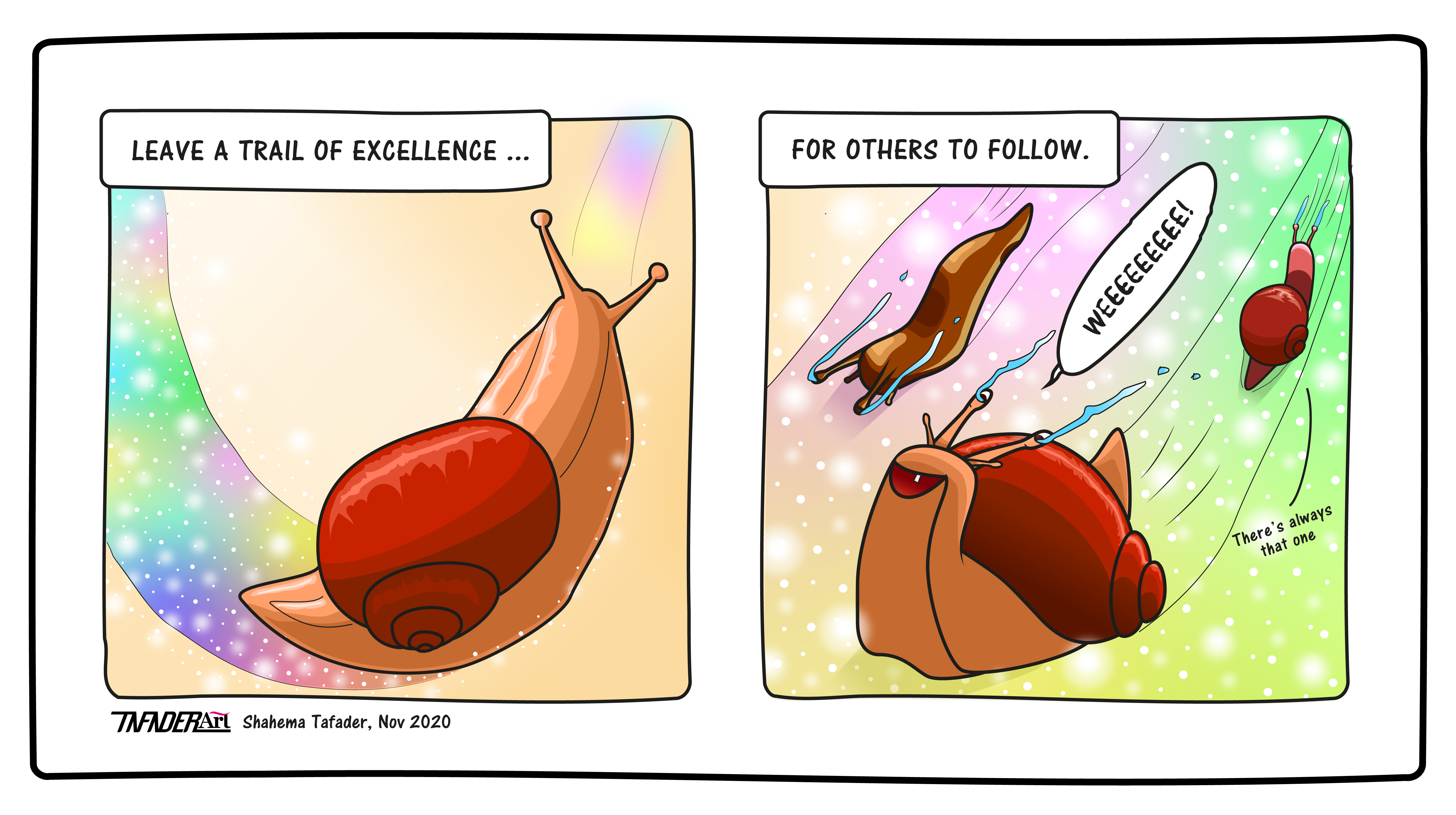 Next, some flash fiction from Jo Renton, who lives in Broadstairs in Kent.

The Painting On The Wall

It was really very old. The paint, which had darkened with age, was cracked and the passage of time had dulled the gilt frame, but it still held its fascination.  She couldn’t tear herself away. She knew that face. She had seen it before somewhere. It was familiar.

Glancing around this room of the gallery, Sophie quickly established the fact that she was alone.  No one would notice if she gave voice to her thoughts.

“So, who are you? Where have I seen you before? Because I have. I feel that I know you.”

The portrait looked back at her, and her eyes seemed to twinkle.

“My dear, you mustn’t bother about an old woman like me. I had a good life in Amsterdam and, as you see, Rembrandt van Ryan has even painted me.”

“Is there anything I can do for you?” breathed Sophie, her eyes full of wonder.

“For one thing, can you put that picture straight on the opposite wall? It’s been annoying me for the last 50 years.  And, for another, please go and visit your neighbour. She’s old and rather lonely and would love a visit from a young thing like you.”

Sophie drew closer, after adjusting the offending picture.  She was puzzled. “But how do you know?”

“One hears about such things. Don’t ask me how. You wouldn’t understand.”

Just at that moment, Sophie heard footsteps in the passage. Someone was coming. The magic was over, and the mystical portal had closed.

Sophie left the gallery deep in thought. Later that morning, she found herself ringing her neighbour’s bell. She had to wait some time, but could hear the sounds in the hall beyond getting nearer, so she was patient. At last, the door opened. The old lady was wearing neither a starched ruff nor a black velvet cap, but the face was exactly the same.

Next up, we connect with Ray Miles, who writes in from Edinburgh.

I saw her again today,
She who tortured me for so long.
Her hair flows like a golden field,
My heart begins its song.

Her eyes, they shine like stars so bright,
Her form is close to perfect.
My pulse is racing, breathing quickens,
But my body, it is wrecked.

I knew when first I saw her
My heart was always lost.
If only I could find a way
To make sure our paths crossed.

But no! She knows not that I’m here,
She knows not of my pain.
Inside I am a confused mass,
I can’t possibly explain

The way I feel. I must go on
Behaving with composure,
My palms are wet! I must move on
Or risk final exposure.

She moves away, I hear her voice
Like music in the air.
Oh, never has a sound so sweet
Entrapped me like a snare

I watch her move; she flows
As ripples on a pond
Oh, why can I not free myself
From this, this unseen bond.

And now she’s gone. I have control
Once more, but am bereft.
My heart is gone along with her;
A painful form of theft.

I saw her again today
And now I must recover.
Until the next time that we meet;
My own fantastic lover.

Eithne Cullen sums our theme up nicely in her next piece.

Milkshake Of The Mind

Keep to your bubble
and stretch your
imagination in all
directions, mix
the ingredients
of the milkshake
of the mind
and follow the
central themes
the threads
that bind us
like the flow
of moving water
and its beautiful
innocent ways

Now, I take you all to Sweden to connect with Vic Howard, who wrote in with an interesting article on near-death experiences. Because it fits in so nicely with the doings of the mind, I just had to share it with you.

There was a time when, after falling off the perch, hanging up one’s spurs, snuffing it, or simply dying peacefully, there was no turning back. Not any more.

Advances in resuscitation after a fatal heart attack or drowning, for example, have meant that many people have had a glimpse of ‘the other side’ and lived again to report back. Not surprisingly, many who have experienced a Near-Death Experience (NDE) have been reluctant to talk about it for fear of ridicule, or worse. Times are changing, however, and NDEs are being taken seriously. In fact, the British Medical Journal published a report some years ago written by a senior Dutch cardiologist*,  describing hundreds of patients who have had NDEs and had been resuscitated. After publication, he discovered he was not alone and that cardiologists all around the world have had similar cases.

People who have experienced an NDE do not fall into any specific category. They belong to all religions and they can be male or female. They can be any age, though the younger have more intense experiences. All were registered clinically dead, with no mental or physical activity. The most convincing argument around what they experienced being real, is that they all report the same things.

We’ve all heard stories that we’re supposed to have a life review while drowning, or that we shall meet dead relatives and friends when we die. Most people, religious or not, hope there might be some truth in this, and that there might be life after death. There are millions of people around the world who can testify to this being the case. Not all report the same things. Some experience more than others, but what they do see and experience can be ticked off a list that is identical in all cases. There is the levitation above the body, the tunnel with a light at the end, the meeting with old friends and family and an overwhelming feeling of love and peace. An encounter with spirit beings that consist of pure light of unbelievable intensity yet is not blinding is another common factor. Last of all, of being told by somebody, usually a spiritual being, that it is not their time and that they must return to their ailing bodies. Almost all are very reluctant to return. They also report that everything they saw was in incredible detail and clarity, with more intense colours.

None of this has anything to do with religion. Religious people sometimes interpret their encounters with the spirit beings as meeting Jesus or God or whichever religious leader they believe in. Non-religious people do not find themselves suddenly religious on return. Quite the opposite. They are more likely to realise that all religions are poor attempts at predicting life after death.

Pim van Lommel, MD, is now retired and travels the world lecturing on NDEs. His book, Beyond Conscious Life, is an extremely thorough investigation and contains some interesting anecdotes. For example, he was once lecturing when a man stood up in the audience and declared, “Rubbish!! I have been a cardiologist for 30 years and never had a patient report an NDE.” Another audience member immediately stood up and said, “I was one of your patients and I had an NDE – but you are the last person I would have told about it.”  There have been cases where a patient was declared insane for continually talking about their NDE.

Another of van Lommel’s patients who reported an NDE, was born blind. She had no eyes at all, or any related nerve cells in her body. She had never seen light in her life, yet she was able to see and describe in detail everything that happened to her while she was dead.

Confusing? Incredible?  I can only refer you to Pim van Lommel’s book, which I highly recommend. I can guarantee it will change your view of life – and death!

Thank you, Jo, Ray, Eithne and Vic. Some wonders of the mind are clearly at play in all your pieces. What an interesting and diverse showcase.

There we have it, a new article for the new year. I hope you enjoyed it and remember, let’s all try and persevere for as long as we can with our new goals and resolutions. Who knows, maybe 2022 will be the year where we finally did everything we planned.

et involved with Write On! Audio. As a contributor, you could win A Writer’s Journal Workbook by Lucy van Smit. All Write On! Audio submissions submitted before 20th February will be considered eligible. The first two pieces chosen for broadcast will receive a book. Submit on: https://pentoprint.org/get-involved/submit-to-write-on/.

Visit https://anchor.fm/pentoprint to listen to the Write On! Podcast and get inspired.

goals and advice! As an added bonus, you can also purchase it directly with this special discount code: AWJW25.