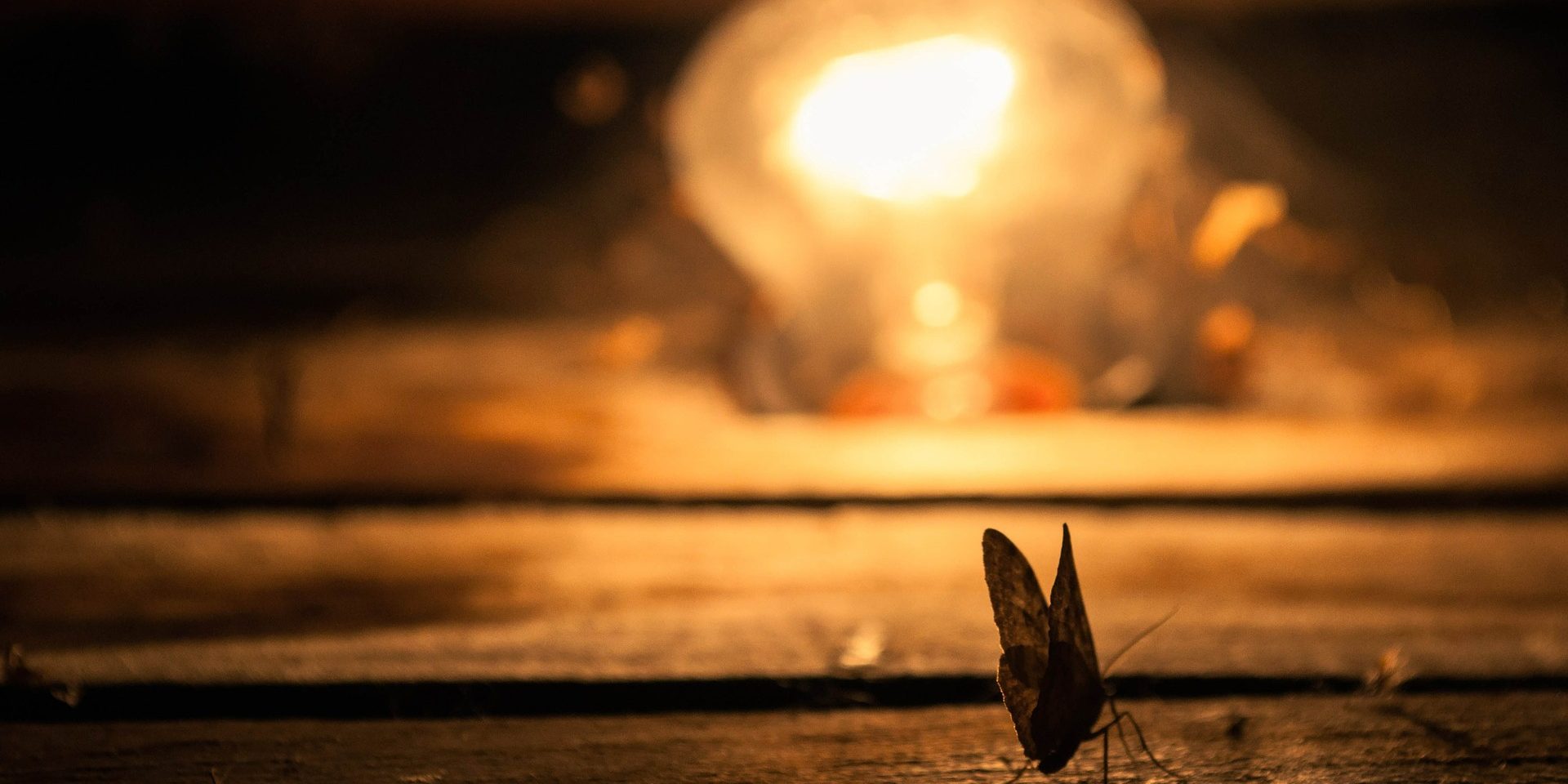 of moths to lamppost to dance in wonky rings,

in nod to Life’s brevity. In ever-closer circles, lamp’s glow

spiralling down, and so beneath, a feathery pile’s

gust-brushed into a greyish ‘white clown’, the ‘top banana’

in a circus but also a wreath to Conor. Fragility in Connemara.

like Conor had never done when young, angry, political,

sun-sung. Had he grasped he’d never been ‘out there’,

his fixed home, the drumlin just beyond his garden?

Today, his pal, ‘Fat Bren’, from across town saw a

and thought of how radical Conor’s megaphone bawls

in Ulster brogue had boomed into such distance

Conor’s tongue too had become alien despite

its landed inheritance, its being an emerald heirloom.

Twilight. All’s still in the Boyles but under the bed

a rug’s being riddled with holes and wormy rogues

clothes now in dangle in box room where in silvery-brown,

a webbing clothes moth’s laying rice grain eggs on yet

She thinks of the morrow, laundry, shopping for one

and how she and Conor had never been blessed with kids.

before emergence. All this been foreshadowed on that

honeymoon night in Wisconsin when a big, white-bodied moth

with lime green wings, pinkish legs had flown in?

This dancing Death’s-head moth him?

His side of the bed’s cold and she reflects of how long ago,

they’d been singed by sexual passion for each other,

been made tipsy by each other’s smell.

Somehow she, Conor and moths begin to mell.

Conor had said it was about the slumbering Irish soul,

that his da, Sean, that strange man from Gortnahoe

who’d been a ‘priest of the past’ had said so.

It’s Conor for sure. No true dying for him and thus

that drumlin just beyond their garden,

that Luna moth now flown in.

in nod to Life’s brevity.