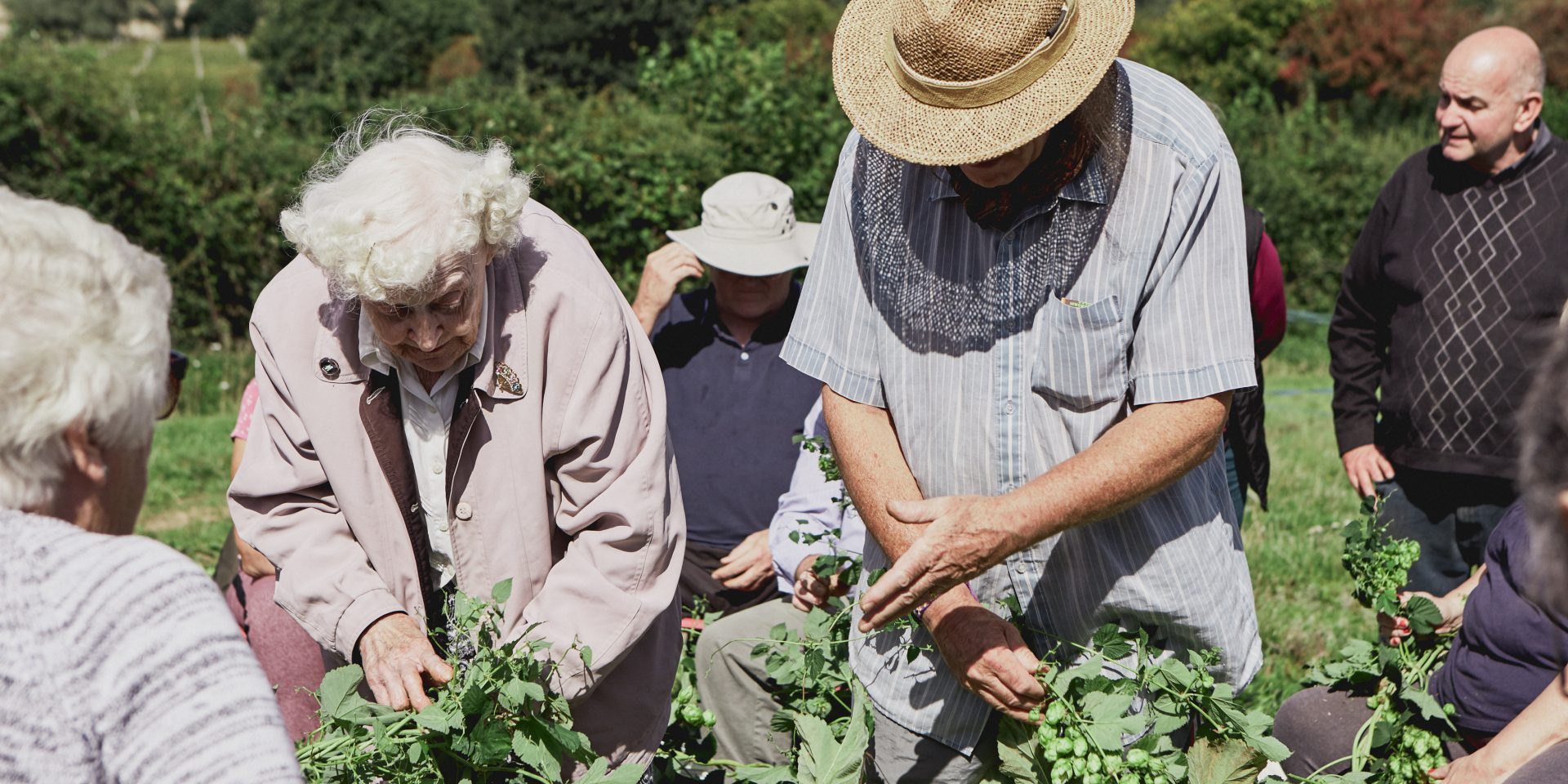 This week’s theme is Mind The Gap. We’ve been talking about the many, and often stark, differences COVID-19 and lockdown have highlighted between people. This lovely feature about hop-picking, highlights another generation’s ‘gap’. Seen through the eyes of London women such as Vi Charlton, the following stories showcase how Londoners, who could not normally afford to get out into the country, looked on harvest time as something of a holiday. Hop-picking was a way for working-class people to connect to the great outdoors and have some fun, despite all the hard work. This article is brought to you by Company Drinks, an east London Social Enterprise.

‘Hopping’ is another word for ‘going hop-picking’, something that was done by tens of thousands of East End families from the 1850’s to the 1950’s. ‘Going Picking’ was the starting point for Company Drinks in March 2014, and our very first public event was a hop-picking reminiscing session with former hop-pickers. Since then we have been running monthly Hopping Afternoons at Valence House in Dagenham, sharing stories, memories and artefacts from the Hopping Days and beyond.

Enjoy Gilda O’Neill’s collected stories and the old photos which were all collected during our Hopping Afternoons, and images of Vi during the Company Drinks annual Hopping Trips to Little Scotney Farm in Kent from 2014 to 2019. 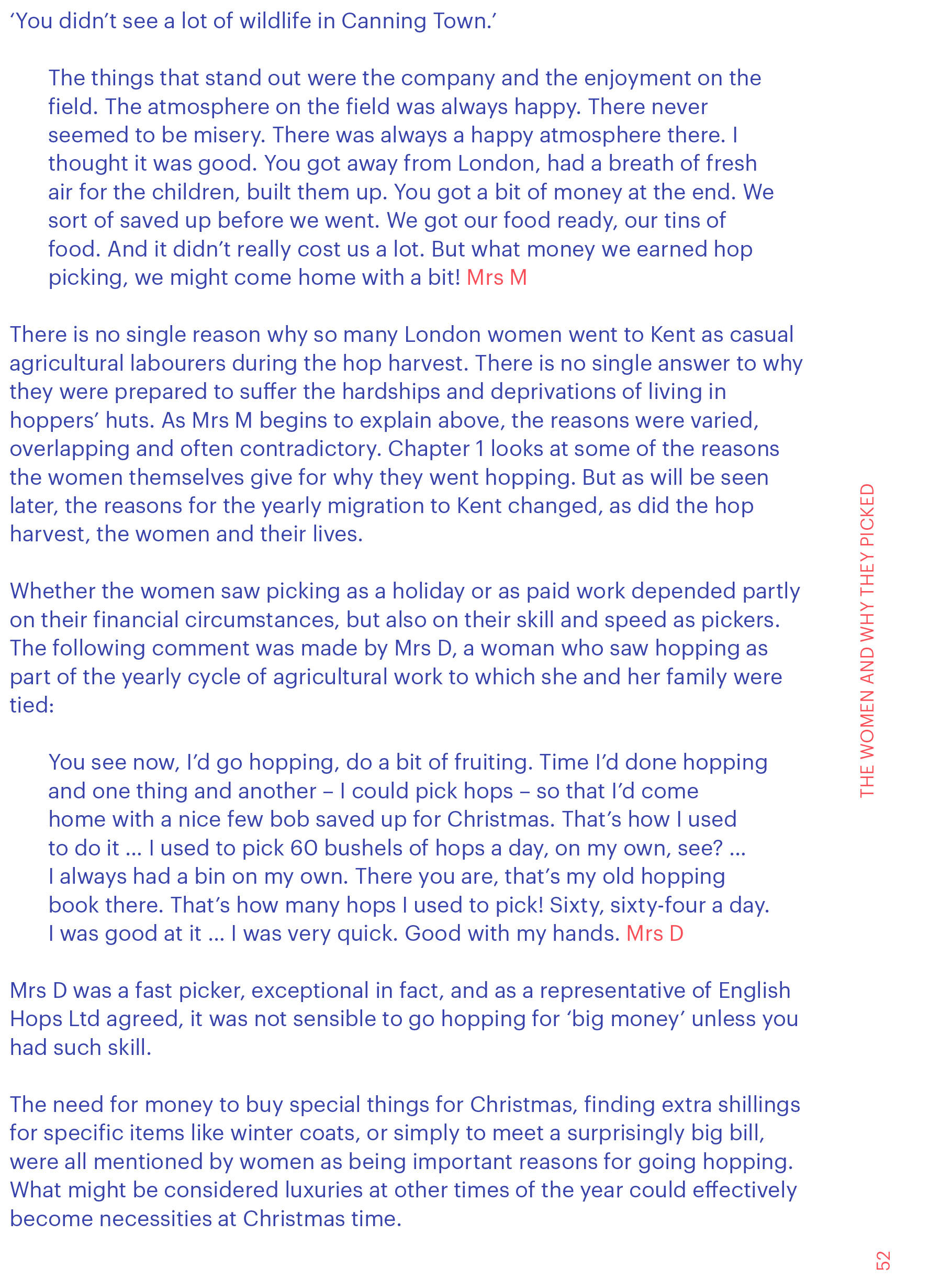 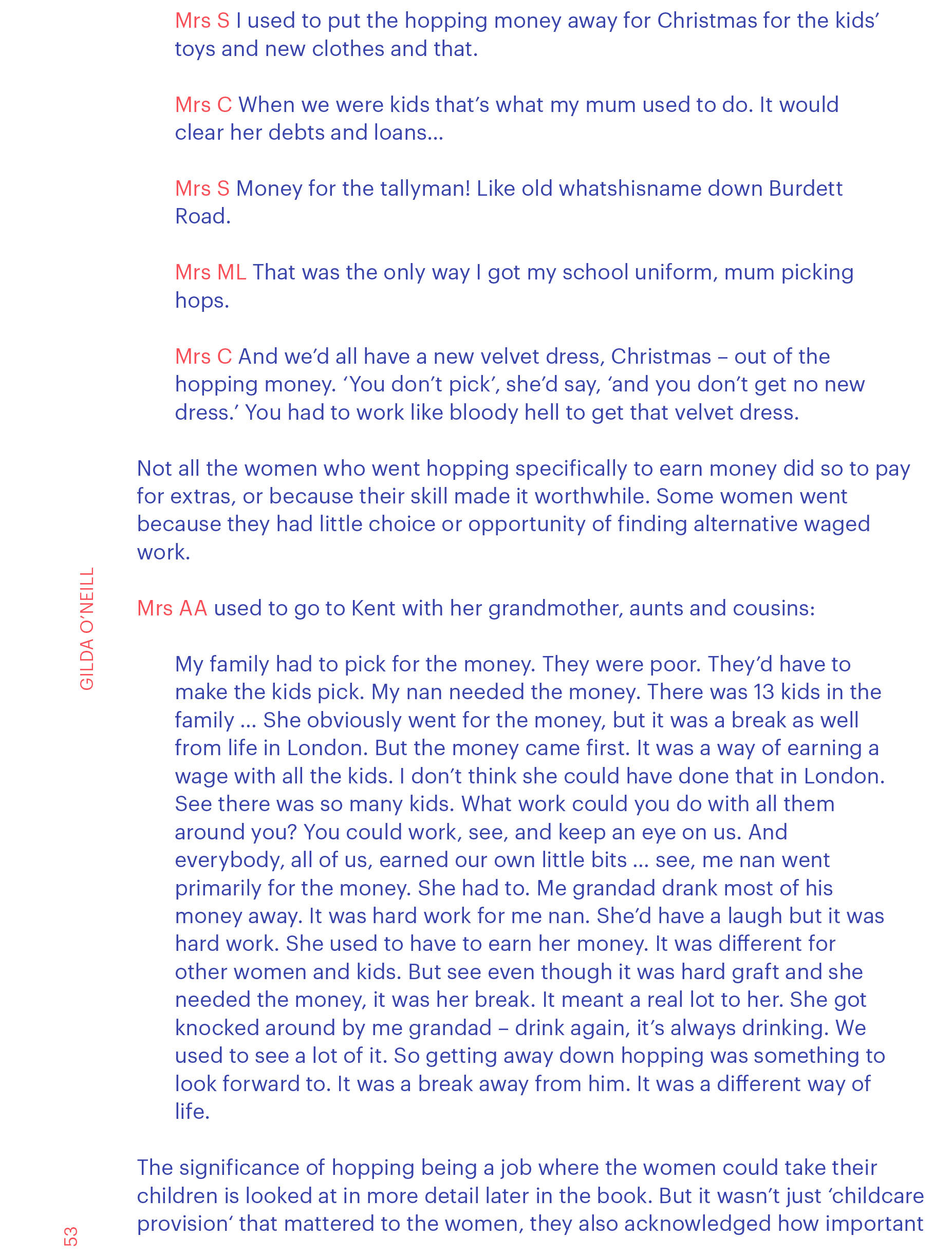 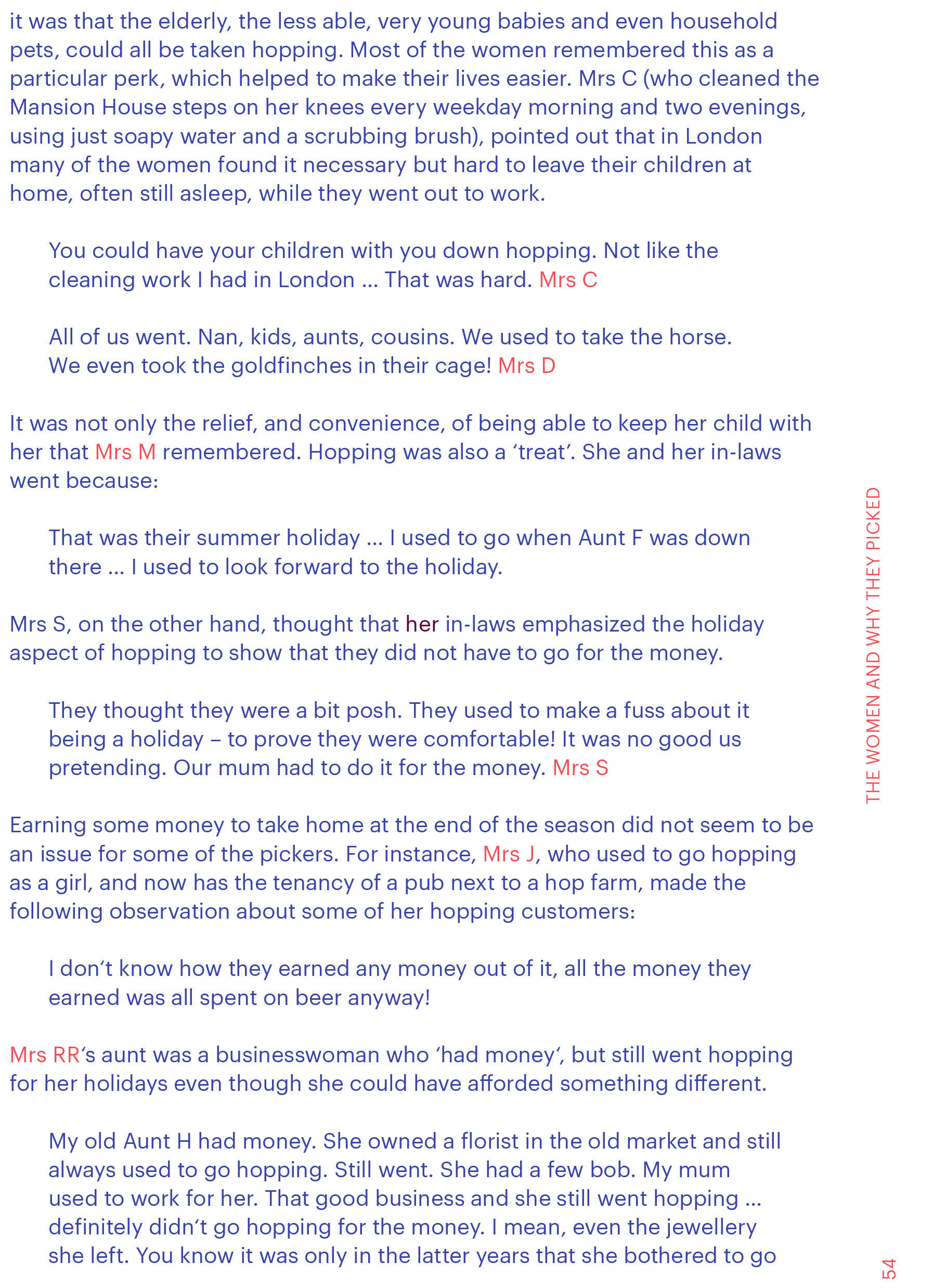 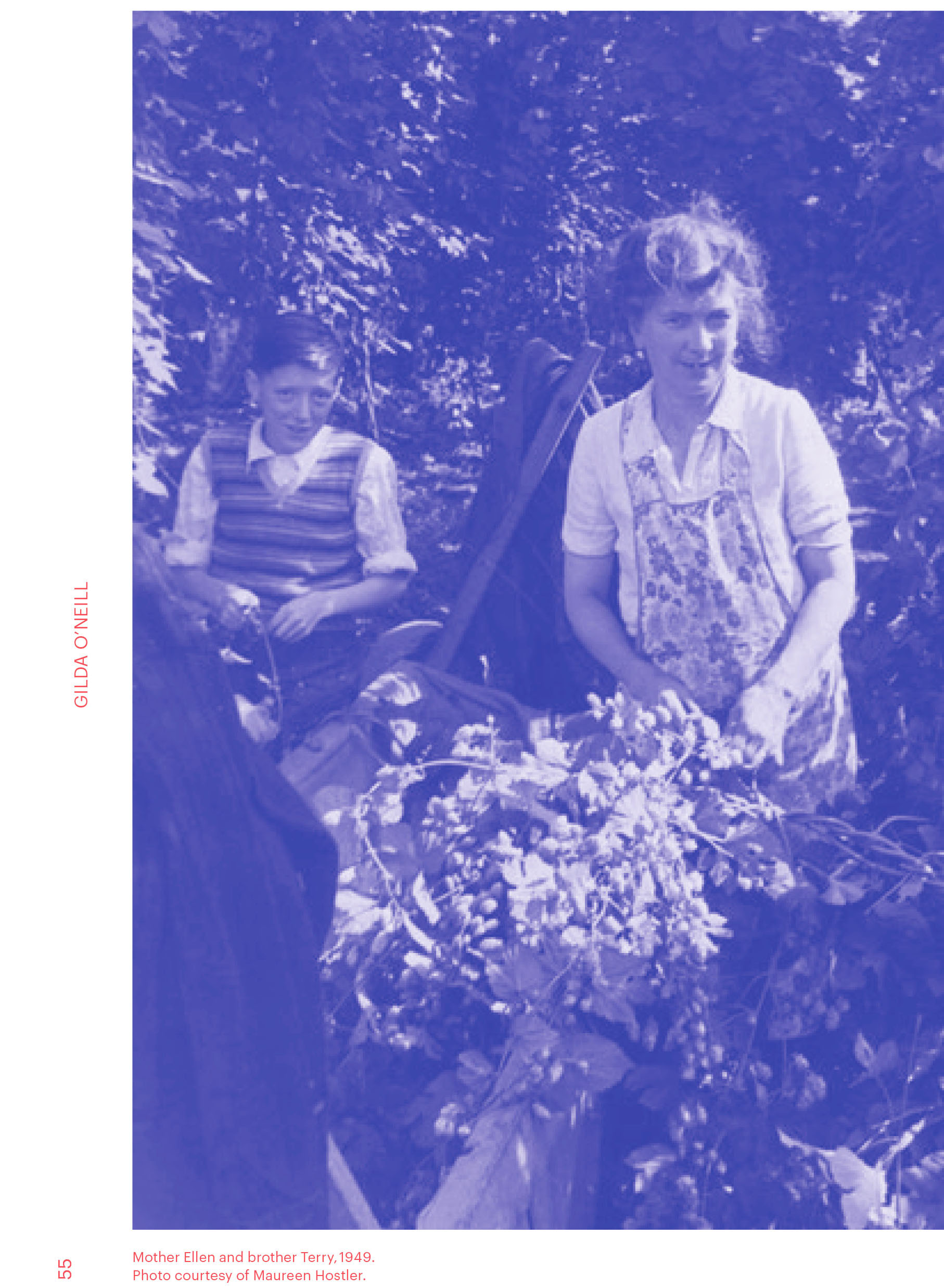 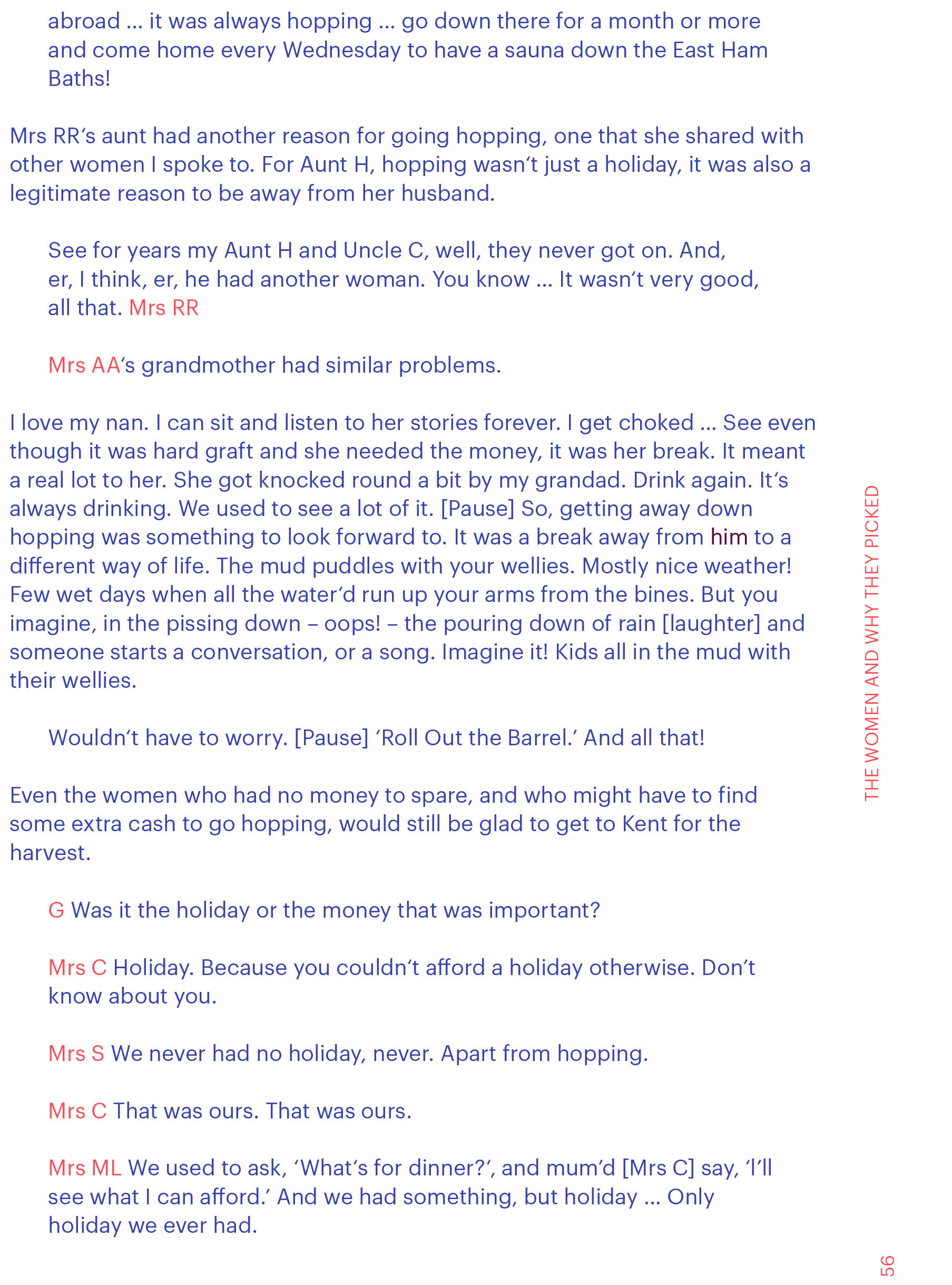 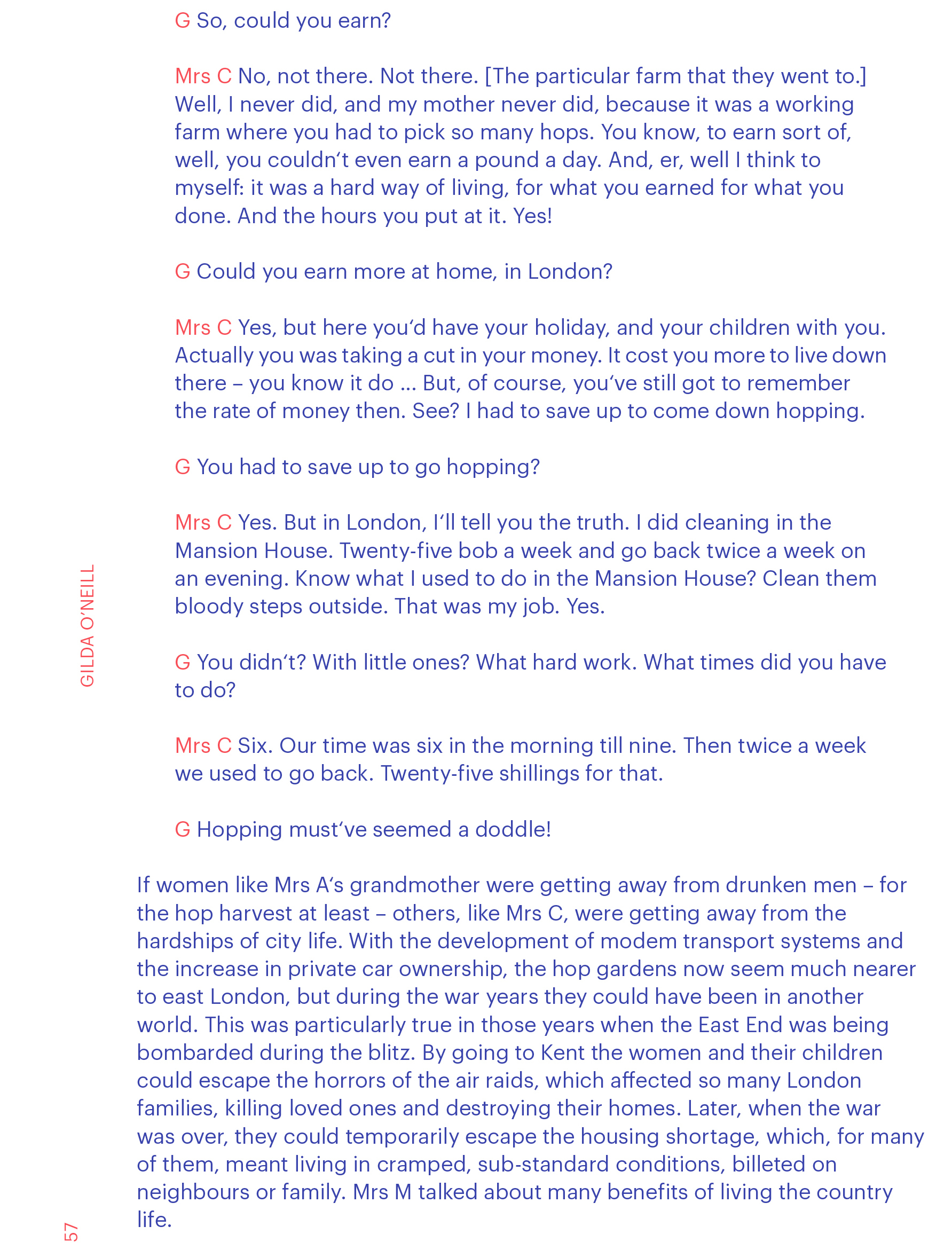 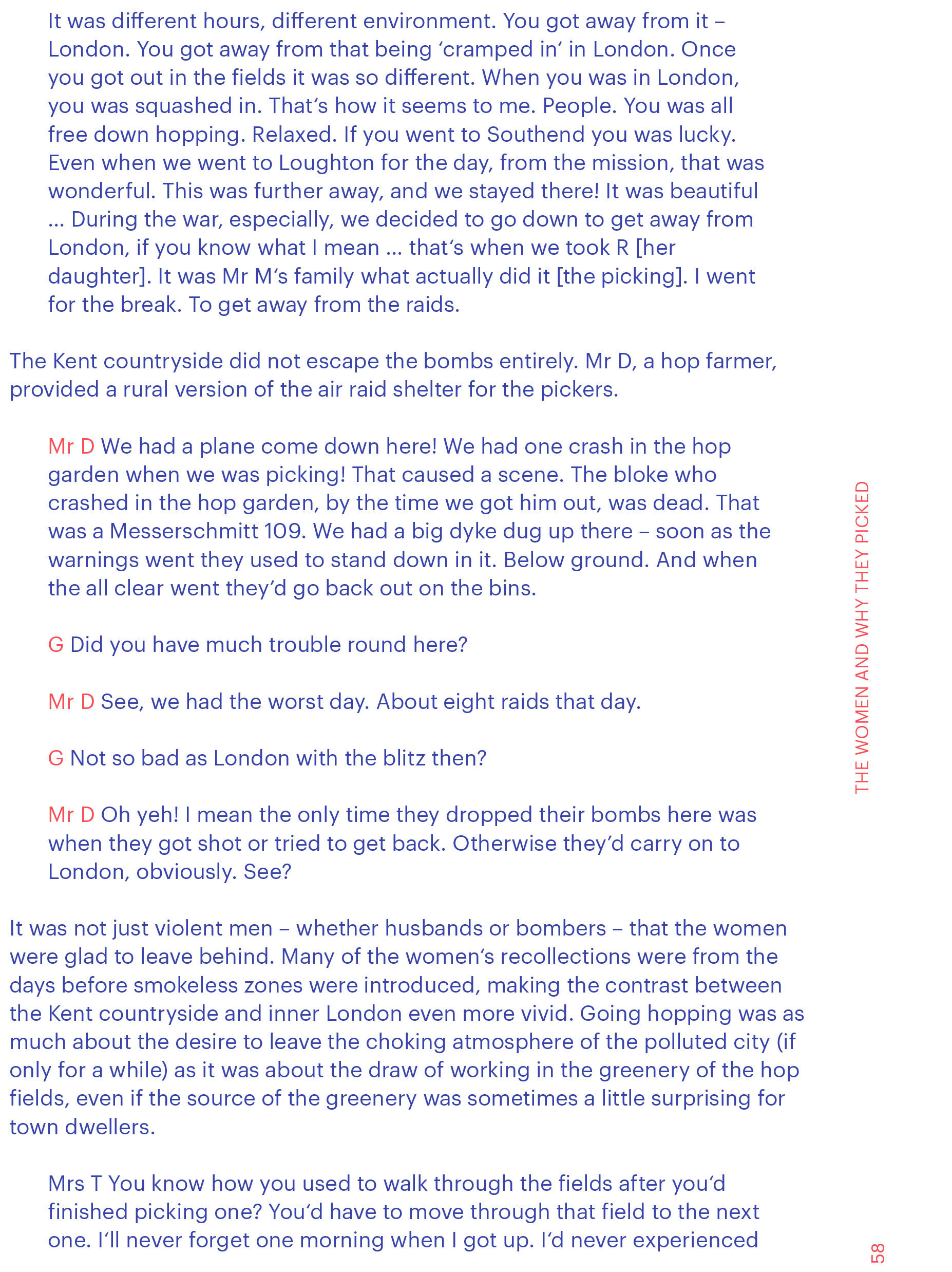 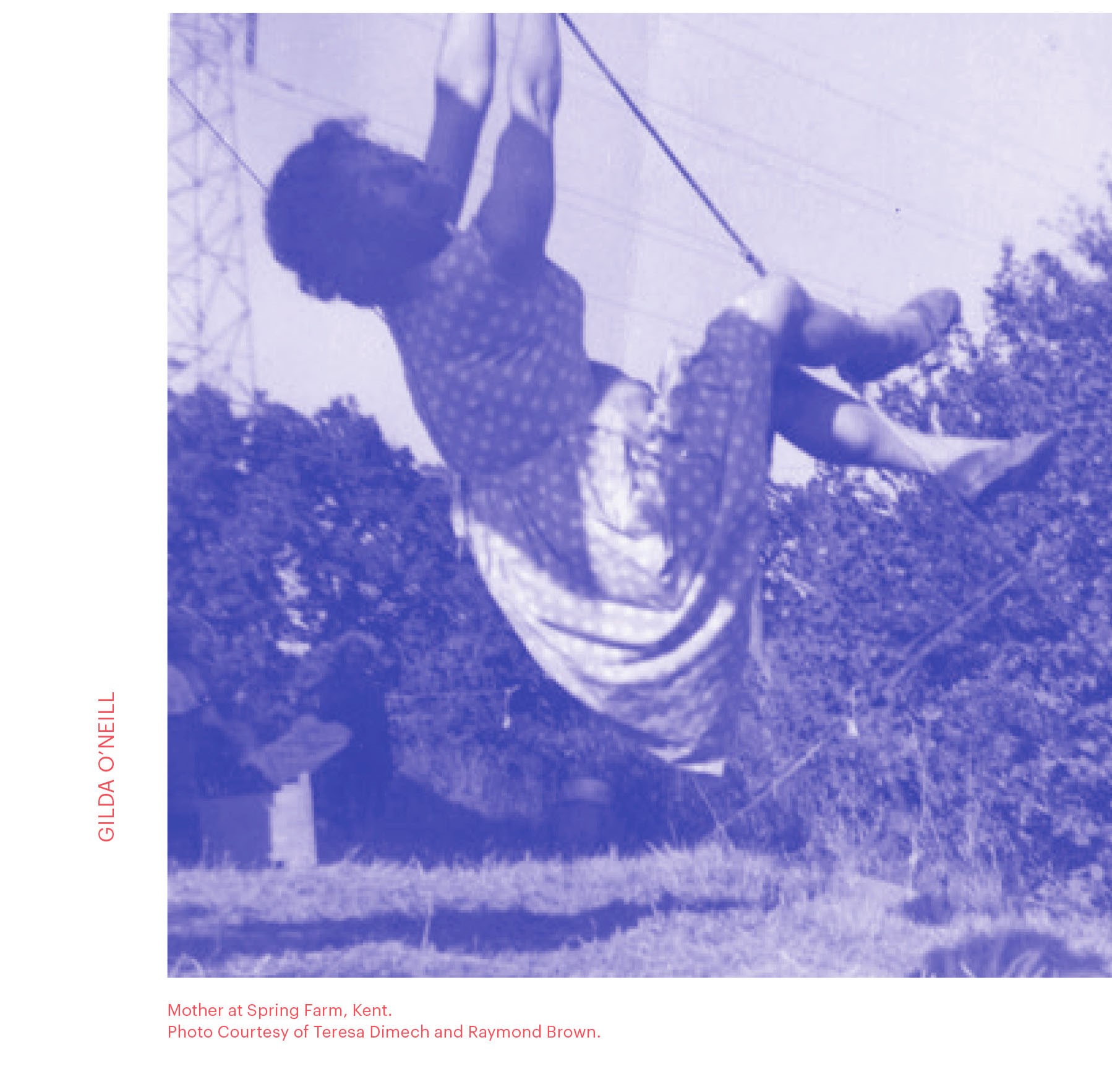 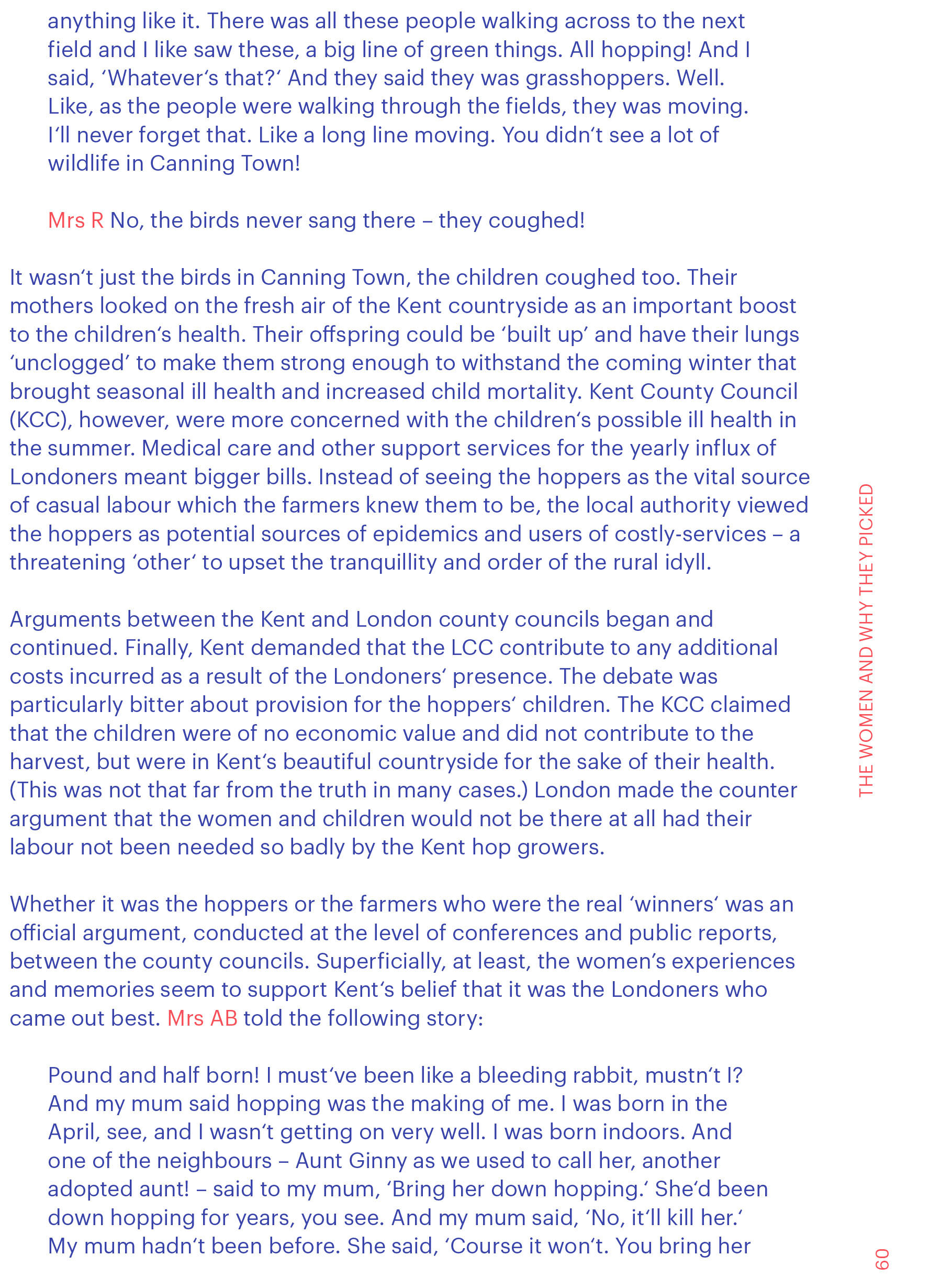 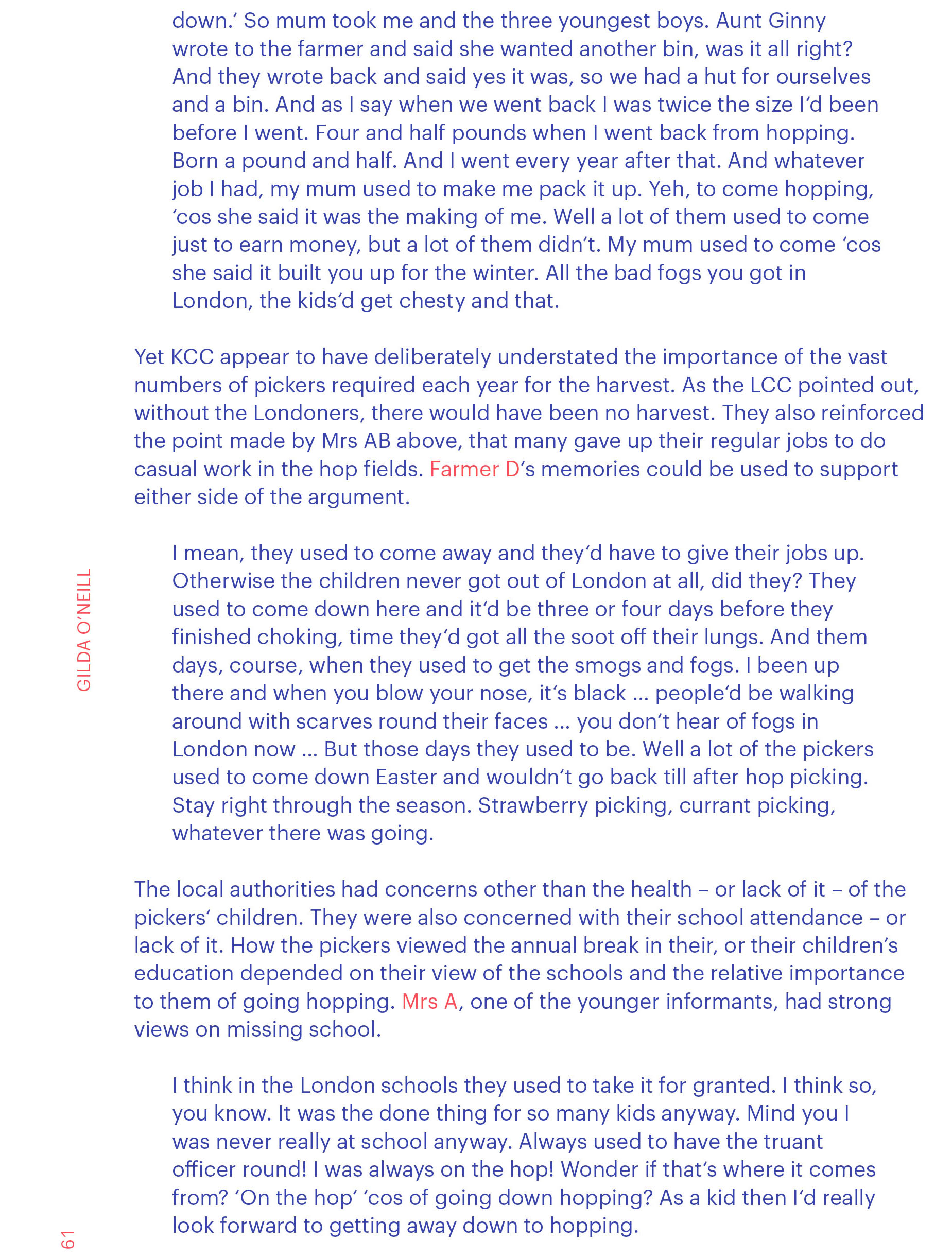 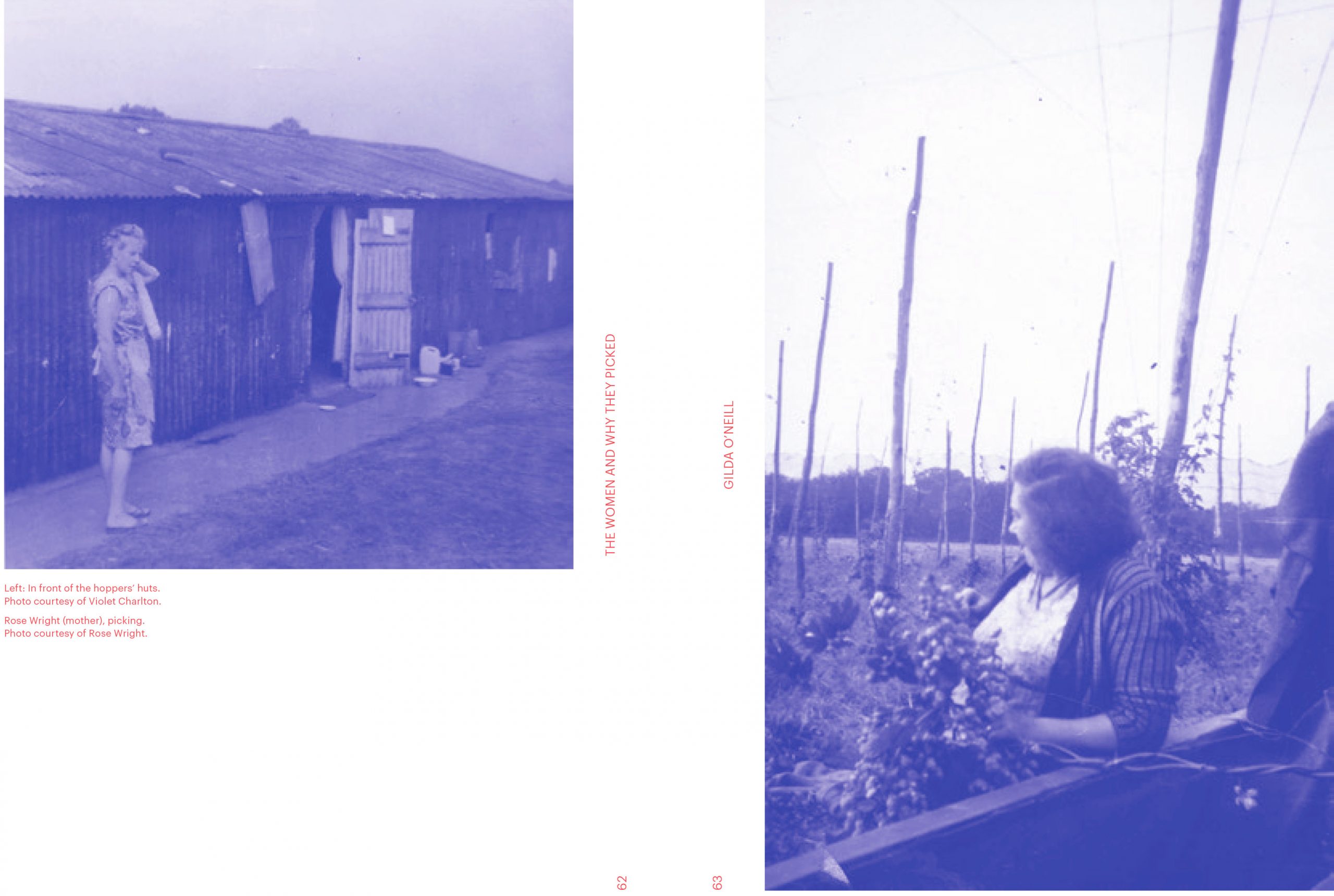 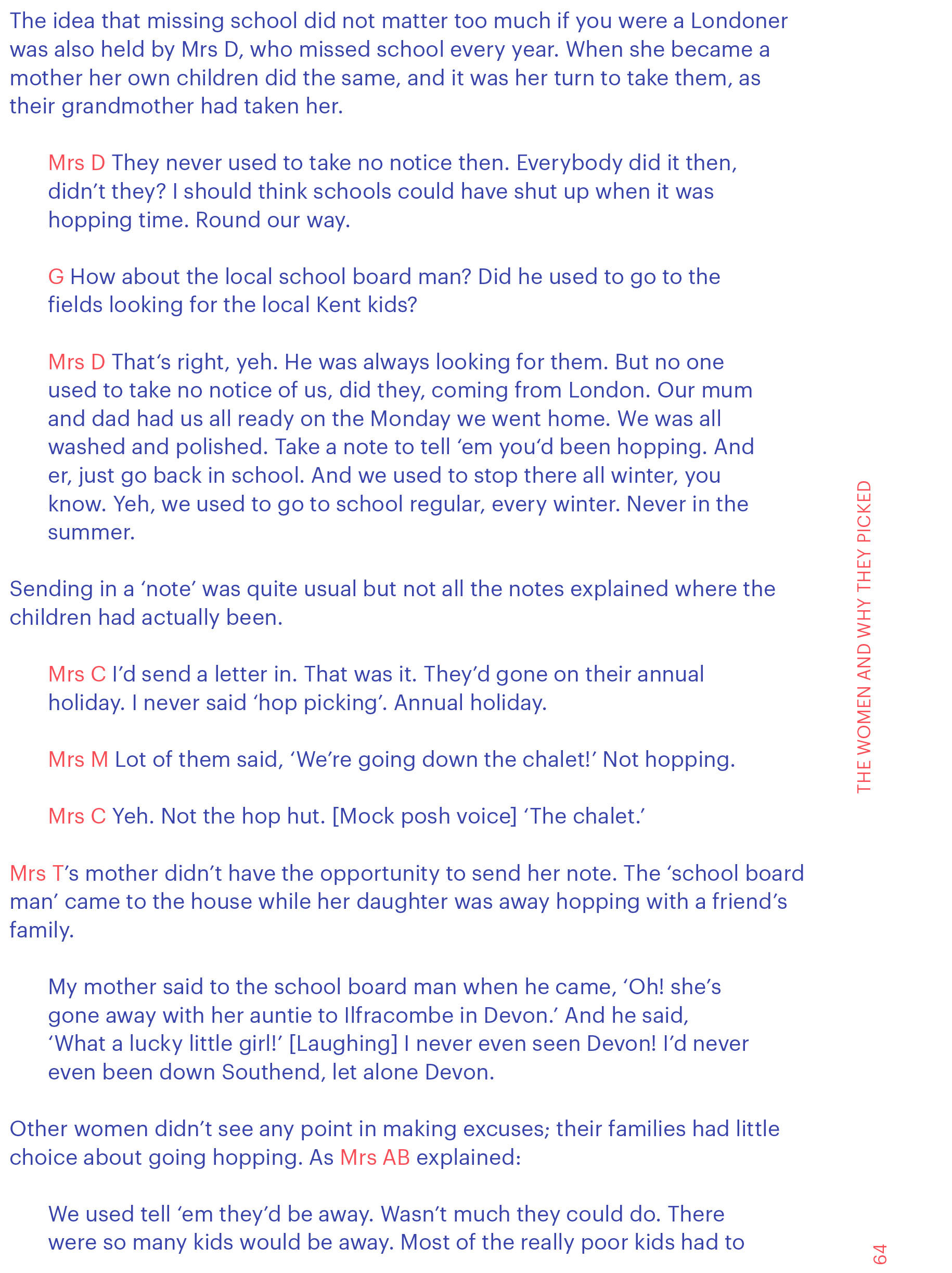 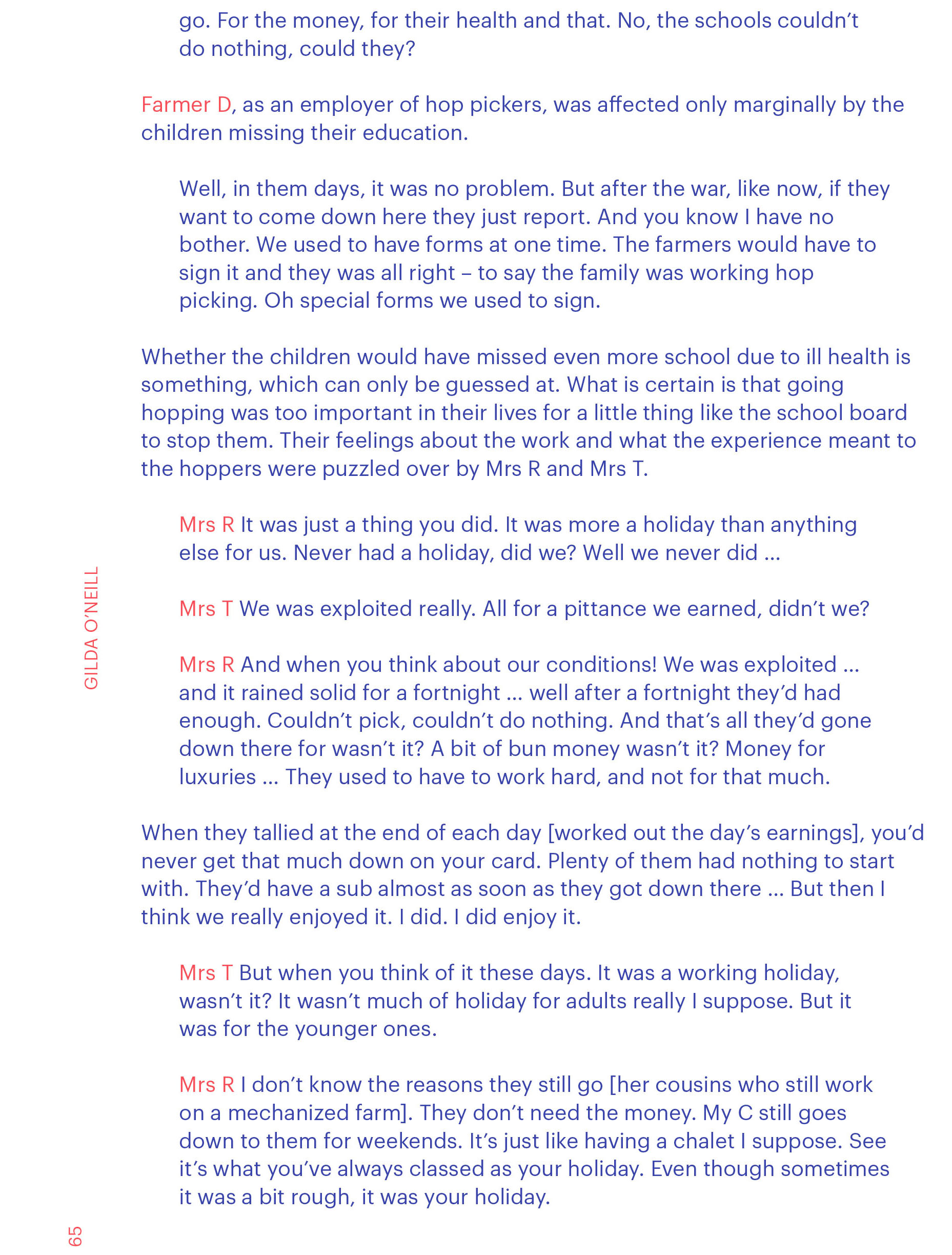 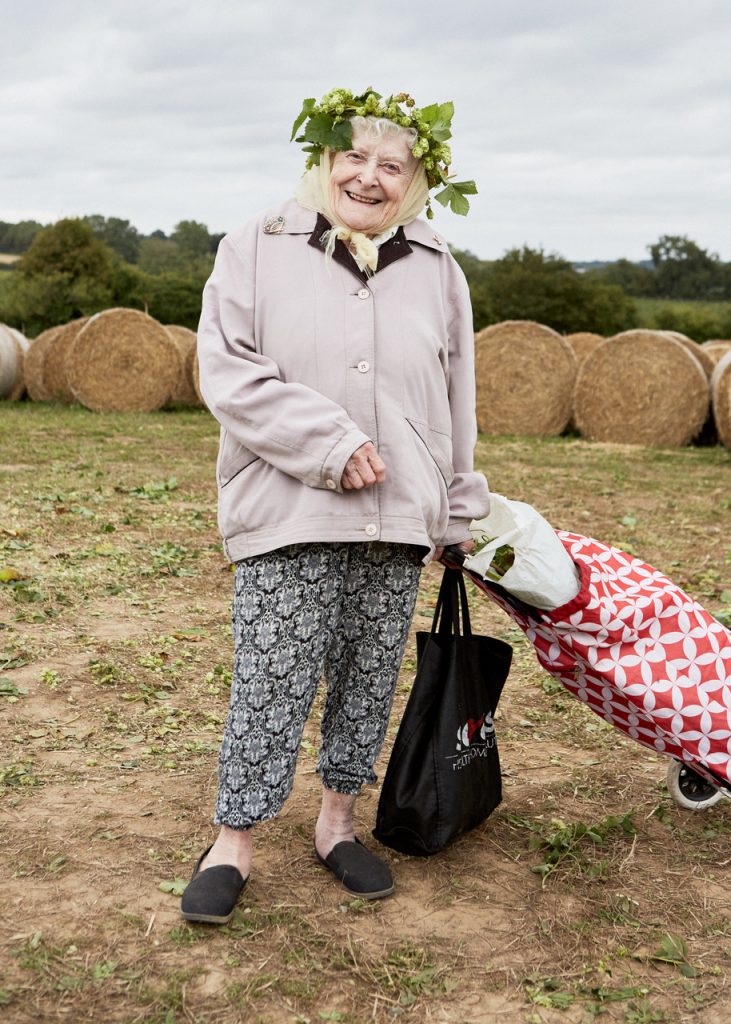 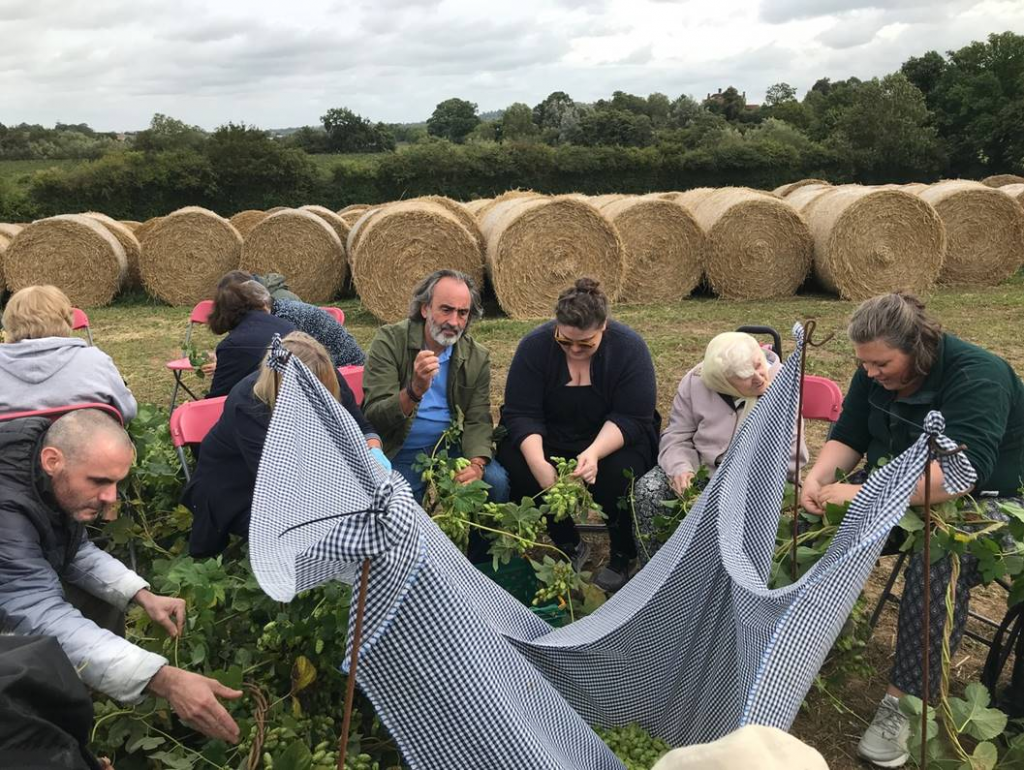 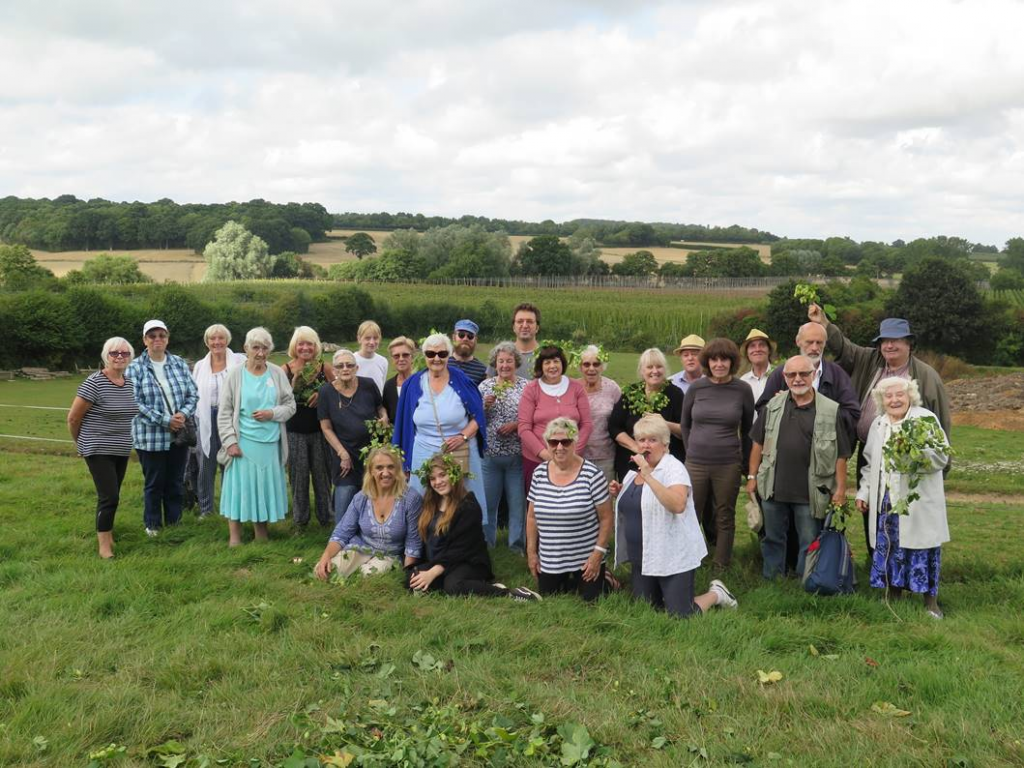 Read Issue 4 of Write On! magazine online by clicking here.

'Hopping' is another word for 'going hop-picking', something that was done by tens of thousands of East End families from the 1850's to the 1950's.