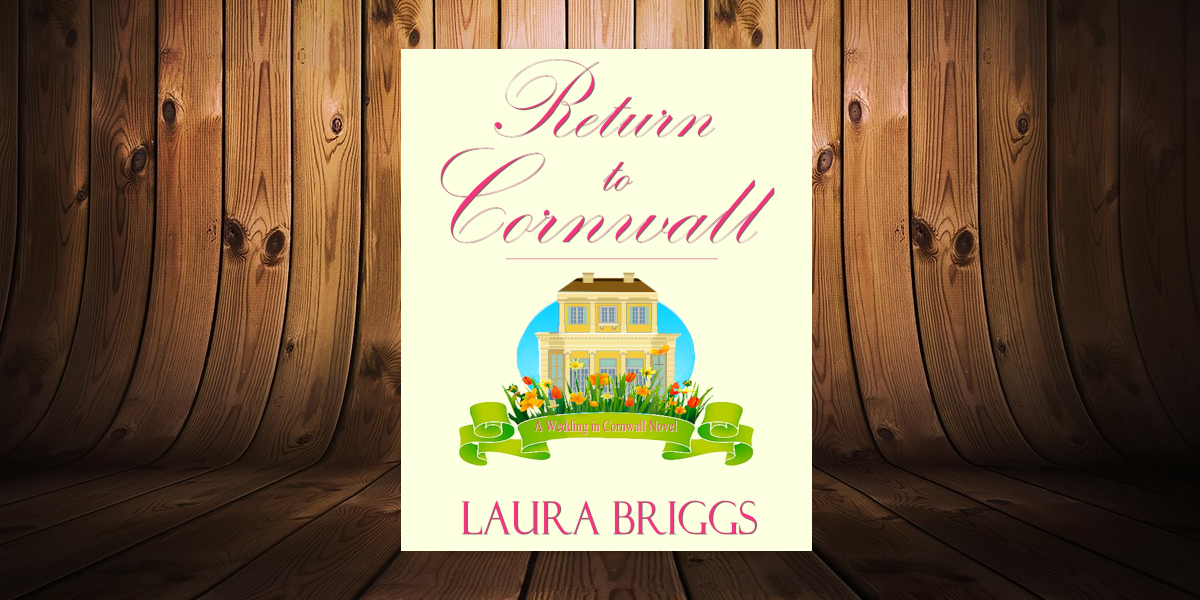 Boy, we sure are lucky here at Pen to Print. Not only are we Write On! editors privy to superb creative poetry and stories that our generous and talented readers contribute (that’s you!), but we’re also able to showcase the brilliant and varied writing of published novelists. As Write On! goes from strength to strength, we’re delighted to be bringing you ever-more novel extracts – either coming soon, or already available to buy.

The latter is the case with this week’s extract. Return to Cornwall is the sequel to Laura Briggs’ UK best-seller, A Wedding in Cornwall. With its vast array of colourful characters, an inviting setting and an exciting web of interlacing human stories, Return to Cornwall is a charming coming-of-age novel for adults transitioning from the guiltless independence of youth to the responsibility of middle age. As Laura demonstrates in her extract below, the dialogue is real and amusing while revealing each character’s interests, dreams and secrets.

Finally, once again, proving we editors are not only privileged to enjoy the submissions of excellent writers, but harbour some talent ourselves, I am excited to present a flash fiction piece by Eithne Cullen. This short (< 300 words) story puts us in the driver’s seat (literally) with bus driver Ben, as he becomes involved in an unfortunate accident. While he does not witness anything horrific himself, we experience his devastation as he takes in the actions and reactions of the gathering crowd around his vehicle.

Return to Cornwall: A Wedding in Cornwall Novel (novel extract) by Laura Briggs 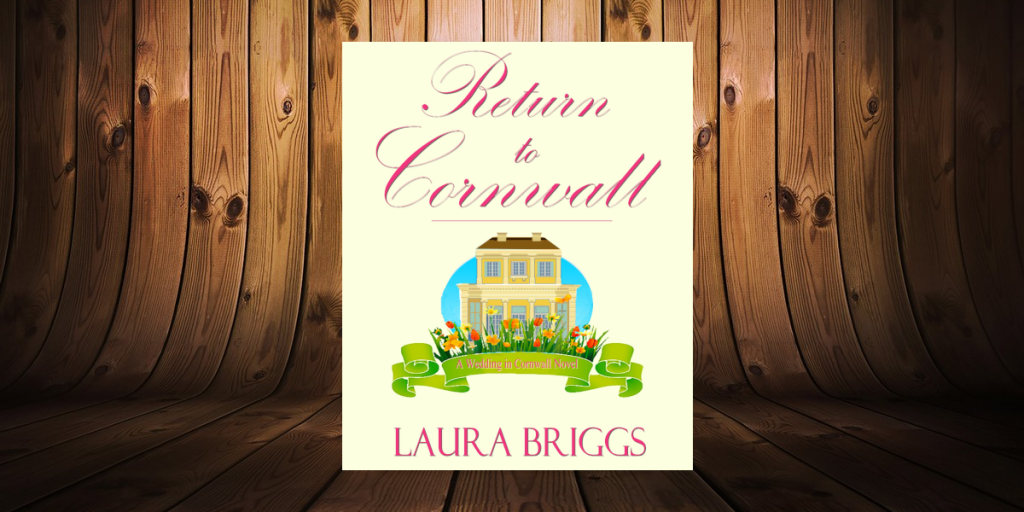 Arthur had yet to emerge from the ground, but Sam and Elaine were supervising volunteers who had uncovered some more beads and some metallic threads or cabling that they thought might have belonged to some sort of burial blanket, whatever that was. I waited until break time, when Elaine emerged from the trench, fanning herself with her hat.

“Another day’s victory,” she said. “Did you see the fragments? I think the threading might be one of the earliest examples of its kind in ancient Celt or Anglo-Saxon history. We’ll have to date it, of course, but its location suggests it’s anything but a coincidence.” She plopped her hat on her head again. “Shall we have a cool drink and talk?”

“Absolutely,” I said. “Where do you suggest?” I pictured bottled water in her research tent, with a stool pulled up beside the cot to provide two seats for our business meeting.

“As it happens, Percy has a picnic for us in the field yonder,” she said. “Sam, where are you?” she called. “You really must come as part of your official status as chief bridesmaid.”

“It makes me sound so old when you put it like that,” said Sam. “I’m not mature enough to have friends marrying. Honestly, if it were anybody but you, Elaine, I would’ve utterly and absolutely refused.”

“I do hope your friends won’t be so opposed to it when they reach my ripe age,” answered Elaine, as we hiked towards the gap in the fence.

Percy had chosen a spot beneath a large, old oak tree, slightly elevated on the rise where the marquee for the engagement party had been erected. A blanket spread, a basket containing sandwiches that could only be the work of Michael, and a cooled bottle of lemon squash — he had thought of everything, including napkins and plates.

“This is so proper, Percy, that I know you didn’t think of it,” said Sam. “Confess whose picnic basket you’ve nicked to treat Elaine, why don’t you?”

“Mandy had a bit of a hand in the process,” said Percy. “That explains the good manners.” He poured three glasses for us, then unwrapped the platter of cheese and crackers that tempted me immediately, good manners or no.

“So, I need both of you to check these lists to see if the right guests are on each one,” I said. “I’ll contact the printers about the invitations tomorrow, probably. This one is for the hotel party, that one is for the party at the manor the night before the wedding.”

“Oh, as chief bridesmaid, I need to see that one,” said Sam, who paused in wolfing down her sandwich and made a snatch for the sheet in my hand.

“And have some handsome young rotter like Dexter steal her away as a result?” Percy retorted, with false outrage. “See here, young Samantha, I do endure a great deal of your precociousness with good spirit, but this will be the limit.”

“Personally, I think we can dispense with the hen night,” laughed Elaine, who was blushing slightly. “I don’t want Percy to fight any rivals to the death before we exchange vows.”

Her fingers ruffled the cloud of hair belonging to the earl as she turned to him, and Percy captured her hand between both of his own and kept hold of it.  “I did nearly lose you one time,” she reminded him. “I do think you should be more careful.”

“Pshaw. Merest of incidents. I’m made of sterner stuff than any bit of metal can smash to bits,” he answered.

“What happened?” I asked, curious.

“Oh, it was scary,” said Sam. “Some of the equipment had broken, so we were using an old-fashioned rig and pulley to excavate the ruins of the old treasury — or the palace storehouse, did we ever establish which one it was?” She looked at Elaine. “Anyway, one of the ropes broke, the one with the heavy pulley, and it narrowly missed Percy, who was down below, helping hoist out the sand —”

“It did strike him,” said Elaine. “A brushing glance only —”

“— scarcely more than the breeze from one, really,” scoffed Percy.

“— but enough to leave some very ugly damage on his arm and shoulder,” said Elaine. “I became quite upset when I saw them bringing him out. It was the closest I had come to fear in ages, much less hysterics.” The hand in Percy’s gripped the one holding it now.

“No doubt for ruining the fine safety record of your crew,” said Percy, with a perfectly serious face.

“Do be serious,” said Elaine, giving him a look. “Anyway, the medic relieved my worst fears by proclaiming it was only a very nasty flesh wound with minor abrasions. Though it did look dreadful for nearly a month until it healed. Undoubtedly there’s a scar somewhere about.” Her finger rubbed a place where his rolled shirt sleeve ended, as if feeling the place from her memory.

“If it distresses you, I’ll have a surgeon remove it tout de suite,” said Percy. “I won’t have you fearing that it ruins the flawless physique I have so carefully preserved throughout the decades.” He pulled the sleeve’s rolled fabric down dramatically, as if to hide even the smallest glimpse of scar tissue.

This brought a loud shriek of laughter from Sam. “Oh, Percy, you are the limit,” she said, managing to bring it to a giggle. “Listen to you.”

“I am. And I wish he would talk less nonsense,” said Elaine. As Percy stretched out on the blanket, she kept hold of his hand, which now lay on her lap. “Do show me your lists, Julianne,” she said, holding out her hand for one. 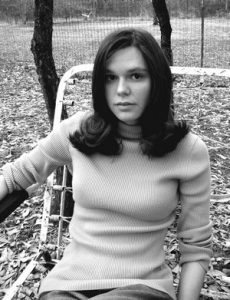 Laura Briggs is the author of several feel-good romance reads, including the Top 100 Amazon UK seller, A Wedding in Cornwall. When she’s not writing, she enjoys spending time with family and friends, caring for her pets, gardening, and seeing the occasional movie or play. Return to Cornwall is available to purchase and read now.

Ben, the bus driver, was in a good mood at the start of his shift. He headed to the busy junction.

A dreadlocked uni-cyclist came into view and Ben thought he was seeing things but he disappeared as quickly as he’d come. When Ben heard the thud, he knew something was wrong.

People in the street said: thump, crash, pop, smash, bang. Some of them ran towards the bus: from cars behind the bus, from nearby shops and restaurants. They had seen the cyclist vanish under the bus’s wheels. The driver was looking around, trying to make sense of the situation.

Ben knew there must be something under the front wheel, he eased forward until the crowd banged on the window and screamed at him to stop and roll back.

On the pavements, women screamed and men called out. A woman in a hijab prayed and cried, she took her phone out to film the incident. More phones appeared.

People moved towards the scene, three or four at first, then twenty, thirty, more. They tried to push the bus; Ben sat, helpless. They shouted again, telling the passengers—who were adding to the weight—to get off. Passengers streamed off the bus, many came to join the rescue. More and more hands appeared. The sense of collective understanding was clear; they had to move the bus.  Someone called out: “One, two, three!” No one told them to but, instead of trying to lift the un-yielding wheel, they pushed to tilt it and it gave way, lifting about a foot from the ground. Someone grabbed the victim and dragged him out.

It had taken a few minutes. Time stood still for a moment, a moment of elation. Then they began to disperse, the crowd moved on.

If you’d like to see your writing appear in the Write On! ‘Showcase’, please send your short stories, poetry or novel extracts to pentoprint@lbbd.gov.uk. You can read more fiction, poetry, interviews and author advice in the latest issue of Write On! Available here.