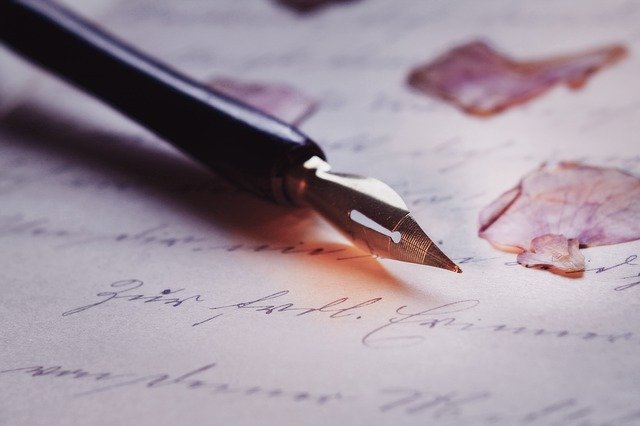 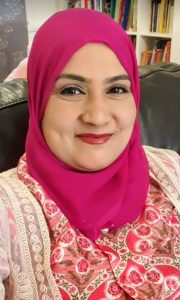 Juneha Chowdhury is a former teacher and agented writer from east London. She won the Pen to Print Book Challenge in 2018 and is a regular contributor to the Pen to Print Magazine Write On! and Write On! Extra. She is in the process of revising her latest project, hoping to get it traditionally published.

JC: My writing is raw and realistic, a real mix of laughter and tears. It’s probably because I believe that, just as there is a lot of strength in vulnerability, equally, there is a lot of vulnerability in humour. Sometimes, you can laugh at things but it’s from a dark place. So, as well as offering a bit of comic relief, humour is a great way of exploring deeper issues and more challenging subject matter.

JC: I’m still waiting to hear back from my agent on this, so can’t say too much so, I’ll have to be quite vague!  It’s about a young woman whose relationship with her husband breaks down and she has to rethink her future. Extremely naïve, and not in tune with the world around her, she slowly, and with great difficulty, learns another way of living far different from the one she already knows.

JC: Other people’s kind words. I’ve always been told I had a way with words and that I should write something. Most of those people, apart from teachers, had not actually read any of my writing. But I think it was the way I explained things they found so powerful.

When I was teaching, I often shared passages I’d written myself with the class. The kids would crack up and say, “That’s so funny!” or, “That’s really sad!”  It motivated me. I’d often scribble little passages here and there, hoping one day I’d have the courage to attempt a larger writing project, such as a novel. Eventually, their words helped crash open the half-closed doors to my creative mind and the writer in me fully emerged.

Nowadays, I’m inspired by real stories, especially those that haven’t been told, but need to be. I love exploring the internal world of my characters, the dilemmas they find themselves in and how they navigate their way out of those situations.

For me, writing is both a creative and cathartic process. It enables me to release and direct a lot of my positive and negative energy and connect better with myself. By digging deeper into the thoughts and emotions of my characters, I’m able to develop great empathy with them. In those moments, the line that differentiates the writer from the character often gets blurred and it’s hard to tell who’s invading whose privacy!

WO: The current issue of Write On! explores the theme of ‘Growth’ and how we navigate spring as the season of change. With that in mind, do you use changes in the natural world to motivate your writing?

JC: On the whole, probably yes. The change in seasons often influences my mood and therefore can shape the ambience of particular scenes I am writing at that moment. In the summer, I tend to do a lot of my writing sitting in the park and I’m inspired by the stunning scenery and natural landscape. And when the weather’s doom and gloom, I steer more towards writing darker scenes, because the atmosphere is conducive to that.

JC: The piece of advice I find myself wrestling with all the time, the cliche: Never give up. Sometimes, this whole writing process, with its accompanying impostor syndrome, and writer’s block knocks me to the floor but, like a good sportswoman, I manage to (eventually and with a lot of hard work!) pick myself up, dust myself off and deliver my own punches. The belief that your time will come is the only way to get through the pain!

AN: I’m waiting to hear back from my agent about my last novel, but in the interim, I’ve started outlining a different project. It’s centred around a mother-and-daughter relationship and the rollercoaster ride that comes with the territory of parenthood. When you’re a mother, there can be big highs and even bigger lows and sometimes life can feel like one long battle. But, as in all of life’s battles, you win some, you lose some.

Not a creature but a character: a pocket-sized adaptation of Pinnochio would be great. Whereby, if somebody was telling me porkies in his presence, his nose would grow, longer or a buzzer in his head would go off to alert me! I need one of those, because I’m far too trusting for my own good at times.

Never give up...The belief that your time will come is the only way to get through the pain!